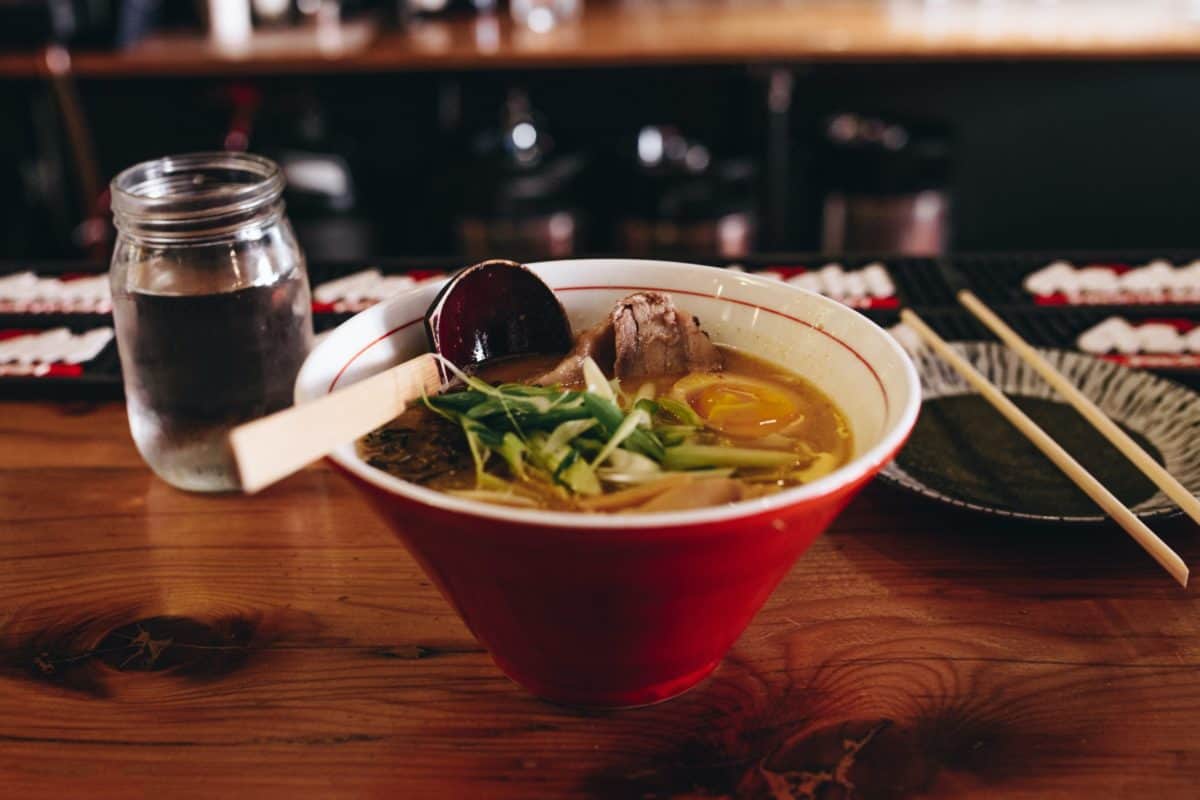 How One Restaurant Grew by Turning Into a Non-Profit

As told to Joanna Fantozzi.

Luck Sarabhayavanija, below, is the founder and owner of Ani Ramen House, with six locations in New Jersey, which all had to close on March 19.

“Both personally and professionally, this has been one of the roughest patches in this restaurant operator’s life. [This was] 20 years in the making to where you have the courage to open your own restaurant, only for it to be shattered and you have to close your doors.

It is gut-wrenching and heartbreaking more for our staff than anything else. Now that we have five locations with four more opening up, we went from having to worry about a few cooks and servers to a large family. This probably would not have hit us as hard [when we were small] because we could take care of eight employees. With 200 employees there’s no way to responsibly be able to take care of all of them. […] If we gave them a check for a few hundred dollars then that money could have gone back into the restaurant to open back up. If you asked our people, ‘Would you prefer a check now or as soon as this is over you have your job back?’ most would choose the latter.

On March 15, we let go of 97% of our staff. On March 19, we did one last family meal, which started off as a meal for the staff. But then we realized we had enough food to feed 5,000-7,000 people. So then we decided to create a family meal for all laid off restaurant staff in partnership with [wholesale ramen purveyor] Sun Noodle. We did not know what we were in for; they ended up bringing 7,000 [portions of noodles]. So, we opened it up to whoever is in need of a ramen kit to stock up, no questions asked. We held the event in three of our locations in Jersey City, Montclair, and Maplewood.

After that last day on the 20th, we had to call all of our managers in because we had to let go first of front and the house and back of the house. We could only afford a few weeks’ severance, and we told them, ‘When this is all over, we’d love to have you back, but right now we have to let you go.’ Then we were thinking, ‘what else can we do?’ We have an opportunity to give back here —  we had heard of horror stories from frontline workers and we were thinking, ‘let’s see if we can make this a weekly thing for our staff and frontline workers at hospitals.”’

So the first business we partnered with was Sbarro’s, and they fed our staff. Then we partnered with Mike’s Pasta and Sandwiches Shoppe [in Nutley, N.J.]. We were able to give away meals [through them] and that’s when the lightbulb went off. We thought, ‘This can’t be just a random weekly thing.’

So we came up with the concept of having a nonprofit restaurant where all profits go to feeding restaurant staff and frontline workers. We came up with the tagline, #BeAwesomeFeedSomebody. We did not think this was the time to charge someone $14 for bowl of ramen, so we launched a Detroit-style pizzeria called Rock City Pizza Co., and a second concept called Bang Bang Chicken.

We’re selling our wares at a reduced rate: a chicken meal for four runs to $17, while a pizza is $11-$13. Everything is discounted 30% and once you order you have an option to donate a pie or chicken at half-off. Our hopes are that we create a nice little ticket that shows how much we love each other. Half of the chickens and pizza bought will go to hospital frontline workers and the other half will go to all others in need. The latter is available for pickup between 4-5 p.m., starting Friday, April 24. You can walk up to our window and pick up a half chicken or pizza pie and just keep going.

Detroit pizza is a concept we were supposed to launch in summer/early fall, so we already had the making and were just in the final stages. We bought a pizza oven, replaced some of the ramen equipment, and just went at it. We have three different kinds of pies and then for chicken we are using my mom’s recipe; she owns a restaurant called Kai Yang [in Montclair, N.J.] and we did a spinoff of her restaurant with her blessing. This has changed the way we operate completely; it’s a kudos and thank you to our management that has been volunteering their time to make sure we launch properly.

Through [this new nonprofit restaurant] are going to be able to hire back 25% of our staff. We hit a whole bunch of targets with this one: we can rehire back a quarter of our staff, we can reopen our doors, serve our community and say thank you to the front-line workers. […] The reaction has been overwhelming from the community. We saw around 1,600 in line for the ramen meal kits and people are all smiles: they all want to help or volunteer and we constantly get emails of support. When you support your community and are in need, they support you back.

We 100% are going to switch back to Ani Ramen House once this is all over, but the concept has been so well received that Mark and I have spoken about launching #BeAwesome, Feed Somebody in towns that really need it. We’re going to move forward with permanent locations for the nonprofit restaurant, but we have to look at the business model to make sure it’s sustainable. We would love to start in Jersey City and Newark.

We won’t reopen Ani until the curve is fully flattened and our front liners don’t need help, we will anymore. Once it goes back to normal, we can slowly start to pivot again. “